“Souls indignant! How many up there count themselves as kings, who here shall lie like pigs in the mire, leaving their condemnations far behind!” — Virgil

The River Styx was a location in Dante's Inferno. It comprised most of the Fifth Circle. Those damned for the sin of Anger are immersed in a toxic and black liquid that made the river up. The angry actively fought one another above the waters, attempting to tear one another apart while the sullen laid at the bottom, unable and unwilling to remain above the water. The unwary travelers are dragged under by the angry shades. Dante's only way across was the guardian of the Styx named Phlegyas. Beyond the Styx were the gates to the City of Dis. The Tower of Anger was also located at the banks of this river that was used for signaling the boatman. 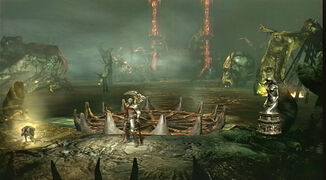 The shores of the River Styx. 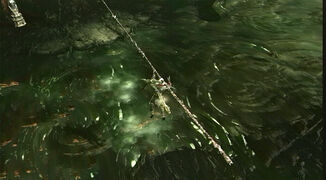 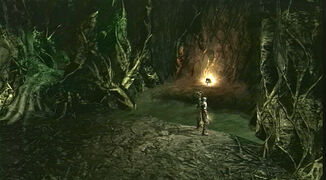