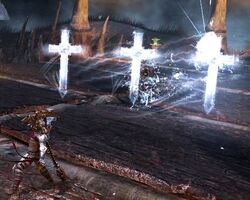 The Cross was a holy object that was given to Dante by his lover named Beatrice before he left for the Crusades. It was a powerful artifact that allowed Dante to perform Holy-based ranged attacks.

With every Damned soul that was absolved, the holy Cross grew more powerful. With three Beatrice Stones, the player gained the ability to auto-absolve the souls. The Cross could also give Dante health every time that it killed an enemy once he was given the required ability.

Before Dante left for the Crusades, he swore upon Beatrice's cross to "Forsake all of the pleasures of the flesh" until he returned to her. Beatrice gave Dante her cross and asked him to return it to her when he came back as a reminder of his promise and token of their love. Dante carried the object with him during his time in the Crusades, but he broke his promise to Beatrice when he slept with the slave girl and it led to Beatrice's abduction by Lucifer into Hell.

Just before Dante passed through the Gates of Hell, he charged the cross with divine light which allowed him to see in the darkness of the Inferno and absolve the various shades of the Damned (Including that of the souls of Francesco and his mother named Bella Abati and his father named Alighiero di Bellincione). When Dante confronted Beatrice in the eighth circle of Fraud, she was already the new Queen of Hell after Lucifer planted the seeds of doubt in Beatrice and he almost successfully made her forget her love for Dante. However, Dante proceeded to hand the cross back to Beatrice, reminding her of their love and his promise to return it to her. This was enough to cause the cross to absolve Beatrice's soul, forsake her role as Lucifer's wife and return to her normal self and allow the archangel named Gabriel to carry her off to Purgatory and await Dante's return when he escaped from the Inferno. After Dante defeated Lucifer and he entered Purgatory, his armor, Scythe and Holy Cross are forsaken as he came upon Purgatory. It remained to be seen what became of the Holy Cross and many of the tools that he obtained during his journey after Dante escaped from Hell. 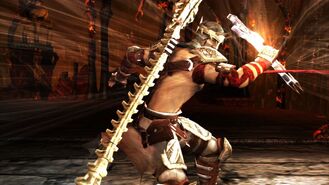 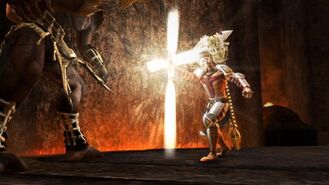 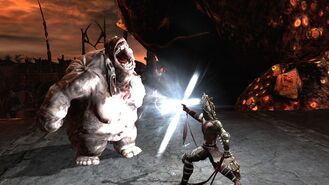 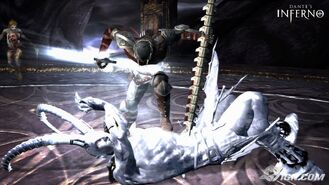 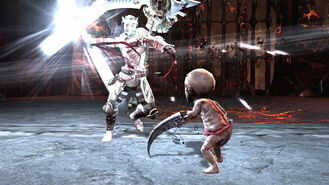 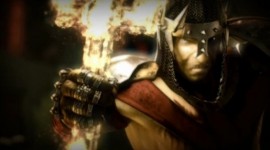 Add a photo to this gallery
Retrieved from "https://dantesinferno.fandom.com/wiki/Cross?oldid=18834"
Community content is available under CC-BY-SA unless otherwise noted.